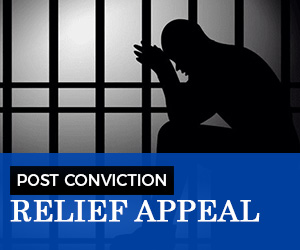 For many, it is thought that once you have a trial and the jury comes back with a guilty verdict, that is the end of the road. However, a conviction is only the beginning of the post-conviction phase of a case. After a conviction, you have the right to a direct appeal. But what about after your direct appeal has failed? In certain circumstances, you can file a petition under the Post-Conviction Relief Act – commonly referred to as a PCRA petition. The PCRA applies when there was a violation of the Pennsylvania or United States Constitution, ineffective assistance of counsel, an illegal sentence, newly-discovered evidence, a guilty plea unlawfully induced, or a proceeding in which the court did not have jurisdiction.

A couple of examples to help illustrate:

The Pennsylvania Supreme Court in Commonwealth v. Muniz recently held that the sex offender registration requirements violate the ex post facto clause of the Constitution. That means that our legislature cannot increase sentenced for crimes already committed. If your sentence was increased in violation of this rule, that is an example of a violation of the Constitution that would entitle you to file a PCRA petition.

An illegal sentence is not often raised in a PCRA petition, but it can be. For example, if you were convicted of simple assault, mutual fight or scuffle, you can only be sentenced to a maximum of one year. If the court was not paying attention, and they sentenced you to one to two years, you can file a PCRA petition claiming an illegal sentence, as the sentence was more than the legal maximum.

Newly-discovered evidence most often comes about when a witness recants or changes their testimony, or a new witness comes forward. You can file a PCRA petition based off of this new evidence. You must show you exercised due diligence in discovering this new evidence, though, so hire an experienced attorney to help you prove you did everything you could in locating this new evidence.

A guilty plea can be unlawfully induced in a couple of ways. Most often this claim is combined with ineffective assistance of counsel, because it is alleged that their attorney did not inform them of a defense that could be utilized at trial, or did not provide all information regarding the charges or witnesses.

The McShane Firm, LCC prides itself on knowing the ins and outs of the Post-Conviction Relief Act. Call (717) 657-3900 today to speak with an experienced attorney who can help get your PCRA petition started.