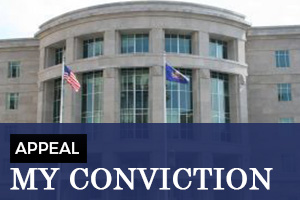 What happens after a conviction? When should I hire an appellate attorney? Do I have the right to appeal? What can I appeal? When can I appeal? Can I wait to serve my sentence?

These are all common questions for people who have just been found guilty of a crime. I will attempt to answer each one.

First, after the conviction or guilty plea, there is sentencing. Sentencing triggers a couple of important rights with limited time frames to act on those rights. If you do not act within the required time frame, you may lose those rights forever. Sentencing starts the clock running on your right to appeal and right to file a post-sentence motion.

What is a post-sentence motion and is it necessary?

When do I have to file for an appeal?

What is a direct appeal?

Sufficiency of the evidence is claiming that the prosecutor did not produce any evidence of a certain element of the crime. If this claim is raised and won on appeal, the charge will be dismissed. The prosecution will not have the opportunity to try to convict you of that charge a second time.

Weight of the evidence is claiming that the prosecutor did produce some evidence of a certain element, but not enough to find you guilty beyond a reasonable doubt. If this claims is raised and won on appeal, the court will order a new trial. The prosecution will get a second chance to try to convict you of that charge.

I’d like to end this discussion by noting that some individuals may not have to serve their sentence while an appeal is pending. This request is called a petition for bail pending appeal or a petition for bail after a finding of guilt. If the maximum sentence imposed is less than two years, then you have the same right to bail as before the guilty verdict. You just have to ask the court in a petition and they will order bail. Traditionally, it is the same bail that was imposed before trial. However, the trial court is permitted to modify bail. If the maximum sentence imposed is two years or more, the trial court has the choice of whether to allow bail to continue or not. When bail pending appeal is granted, an appeal must be filed within the time limits set out above. If an appeal is not filed, the trial court will revoke the bail order and order you to serve the sentence imposed.

Here at The McShane Firm, in addition to our experienced and knowledgeable trial attorneys, we have an attorney who specializes in appeals. We are here to fight for you to give you the best possible defense at every stage of your case. If you need an appellate attorney, call (717) 657-3900. We are ready to fight for you.