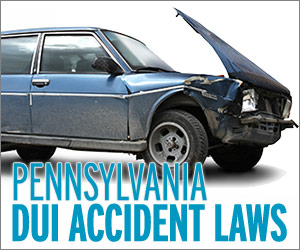 Several sentencing enhancements can affect your DUI charges in PA including increased fines, increased jail time, and increased license suspension periods. Make sure you protect yourself and your rights under criminal and civil law when you are charged with a DUI in PA by contacting The McShane Firm and obtaining proper representation.

According to DUI laws in PA, the district attorney must prove beyond reasonable doubt that the person’s injury was a direct cause of your alleged drunk driving and DUI charges in PA. In order to charge you with the aggravated assault while under the influence sentencing enhancement, “serious, permanent disfigurement or protracted loss or impairment of the function of any bodily member or organ,” must be present in someone other than the alleged drunk driver.

If the previously stated circumstances are not present, the district attorney could charge you with lesser charges and sentencing enhancements that also carry harsh consequences, so make sure you are protected with a PA DUI attorney like those from The McShane Firm. The McShane Firm’s educated and experienced attorneys are well versed in DUI charges in PA and can help to protect your rights while minimizing consequences and repercussions that could be charged against you.

Penalties for DUI Accidents and DUI Charges in PA

DUI charges in PA are serious offenses in the eyes of Pennsylvania law. Because the main goal of PA drunk driving laws is to keep the roadways safe—and driving under the influence of drugs and/or alcohol impede on that safety—many DUI cases in Pennsylvania are charged to the fullest extent of the law. Oftentimes, the drunk driver is responsible for both criminal and civil liabilities connected with the accident including when someone is injured or killed, and additional liabilities.

Drunk driving laws in PA specify that a drunk driving accident that injures or kills another person places liability on the impaired driving for a number of criminal charges beyond the normal range of DUI charges in PA including but not limited to assault, manslaughter, reckless endangerment and vehicular homicide. DUI accident cases in Pennsylvania are serious criminal charges that can accrue serious felony offense consequences including years in prison, immense fines, license revocation, permanent criminal records and even civil liabilities.

Civil liabilities connected with DUI accident cases in Pennsylvania can be debilitating as well. According to PA drunk driving laws, an intoxicated driver can be tried twice—once under criminal law, and once under civil law. Injured victims or family members of deceased victims usually file civil court cases to collect settlements for damages including emotional damage, lost wages, medical expenses, pain and suffering and property damage. Do not let your DUI charges in PA leave you with unnecessary consequences and increased charges. Let The McShane Firm represent you, protect your rights, and understand civil and criminal liabilities connected to PA drunk driving laws.

The McShane Firm strives to protect your freedom and livelihood from sentencing enhancements, increased jail time, the revocation of your license, increased fines and other penalties. Contact us today and let us set up a consultation to review your DUI accident case in PA.

We are open. Call us now.
Your legal matter won’t wait for COVID-19.

The McShane Firm is open during our normal business hours of

We are committed to standing by you during these unprecedented and trying times. In the interests of protecting all of our clients and staff, we have implemented the following procedures:

If you have any questions at all, please call