Media Coverage of This Important Development

Attorney explains how science led to man’s release from prison

This week in innocence: Joseph Sledge and James Hugney Sr.

Free After 35 Years in Jail

James Hugney Sr. New developments in arson science that have led to..

Press Conference on Saturday January 24, 2015 at 1pm at The McShane Firm, LLC 3601 Vartan Way, 1st Floor, Harrisburg, PA 17110 all are welcome.
Man Freed After Serving 35 years 11 months and 8 days in Prison for An Arson-Murder that Wasn’t (Harrisburg, PA and Bellefonte, PA)– In July 1979, James Hugney Sr. was convicted after a jury trial in Susquehanna Township, Dauphin County of a notorious arson-murder then called by the media “the Burning Bed Case.” The case was called the “Burning Bed” because the prosecution’s theory of the case was that Hugney in a fit of anger set his house on fire by pouring flammable liquid around the bed of his then 16-year old son: his namesake James Hugney, Jr while his son slept in the bed. His house was gutted by the fire. Five days after the fire, his son died as a complication of his burns where he had 3rd degree burns over 98% of his body. 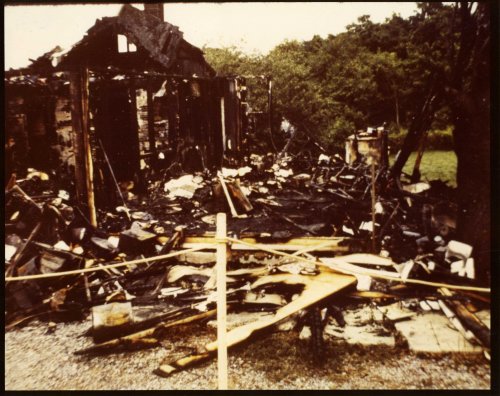 The 1625 Bamberger Road house in Harrisburg, PA after the fire fully consumed the house

At the time of the trial, three different experts were called by the government to testify that this was definitely an arson based upon “characteristic pour patterns around the bed of young Hugney” and also based upon chemical analysis that stated that charred parts of the bedroom “were characteristic of hydrocarbons.” However, the investigators could not establish a definitive cause, origin or first fuel for the fire. This method is called the Negative Corpus method of fire investigation and was the lynchpin of the prosecution’s case. 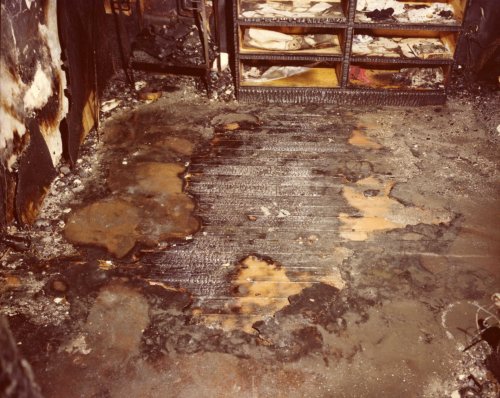 The bedroom where James Hugney, Jr. was sleeping and what fire investigators at the time believed were “characteristic pour patterns” that proved that there was an arson

After his trial attorneys in 1979 did not challenge the opinions of the fire experts that it was an arson, James Hugney was convicted and sentenced to life in prison. Life in prison in Pennsylvania means that there is no possibility of parole. Life means life.

Beyond that, the trial court wrote at the time of his appeal: “We feel compelled to repeat the feelings we expressed in our opinion on Hugney Sr. ‘s post-trial motions that it is unfortunate that petitioner’s life, as well as his appeal, cannot be doused.”

Every day for 36 years, Hugney has maintained his innocence. But for the fact that capital punishment (the death penalty) was suspended in the United States from 1972 through 1976 primarily as a result of the Supreme Court’s decision in Furman v. Georgia, 408 U.S. 238 (1972), he may very well have been executed by this time.

Nearly four years ago, Attorney Justin J. McShane and the attorneys at The McShane Firm, LLC took up the investigation of Mr. Hugney’s conviction. Upon his initial review of the case, Attorney Justin J. McShane who is a well-known lawyer-scientist who focuses on forensic science related cases knew that “the science was wrong” in this case. “The pivotal scientific evidence of negative corpus had been debunked,” said McShane, “and all of the scientific evidence used in the case was based on popularly held beliefs and myths of the time that modern science has totally refuted.” McShane retained 3 international fire scientists: Dennis Smith of Premier Fire Consulting Services, LLC; John Lentini of Science Fire Analysis, LLC; and chemist and fire investigator Samuel Blittman. All three of them independently and categorically stated that the scientific methods used to condemn Hugney to life in prison are not supported by modern science. They stated in the reports, which were filed with the court, that they could not conclude that this was an arson using modern best practices of fire science. The lynchpin to the conviction had been pulled. With that, McShane filed a motion to set aside the near 36 year conviction.

Today, after 35 years 11 months and 8 days of imprisonment, he is a free man.

His PCRA was granted. The verdicts were set aside. He was awarded a new trial. He entered an Alford plea to proclaim his innocence. He was granted immediate release with credit for time served. 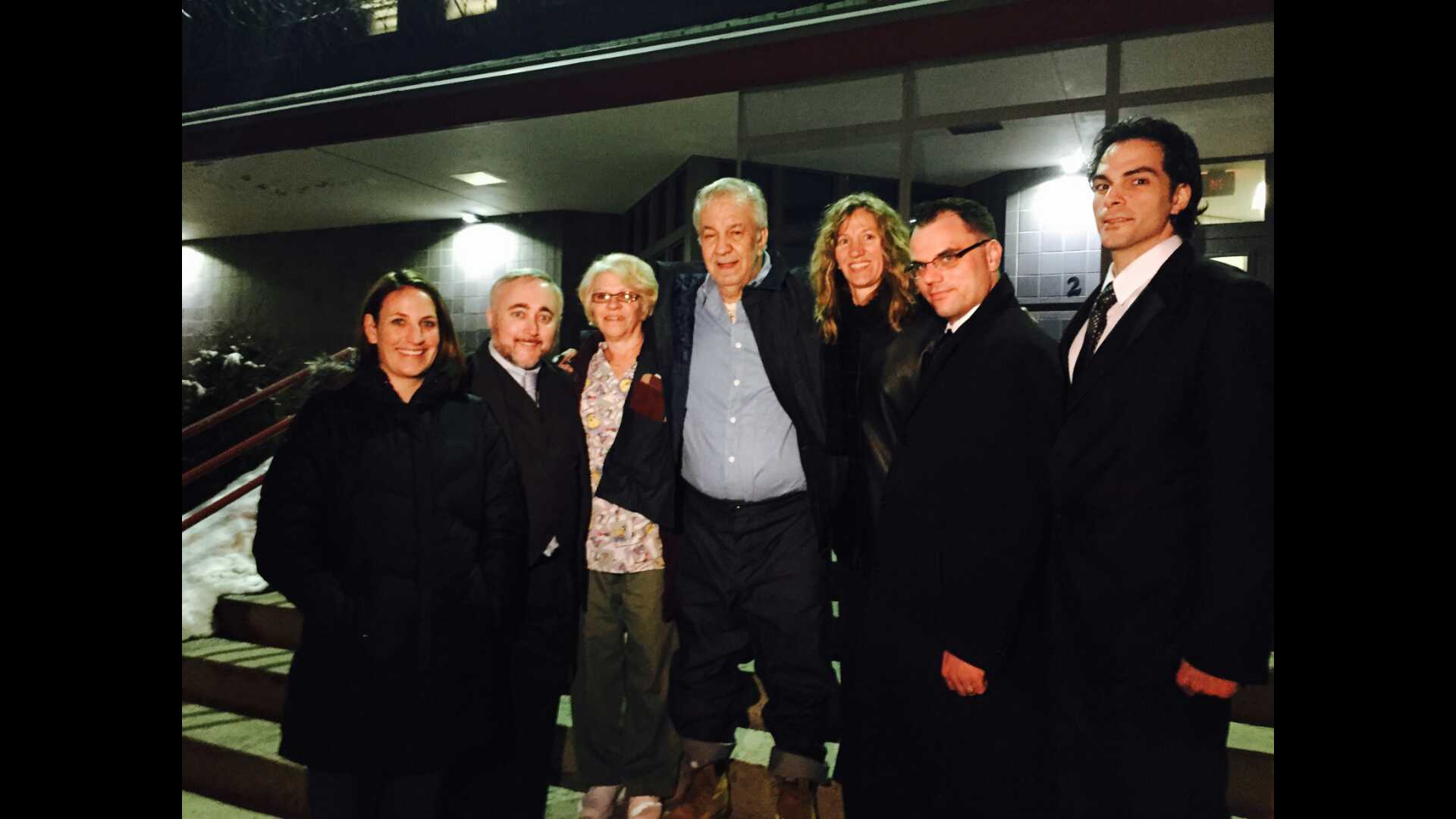 He went home with his family.

“This is a great day for James Hugney, a great day for justice, and a great day for science,” said Hugney’s attorney, Justin McShane of The McShane Firm. “We give thanks to District Attorney Ed Marsico and First Assistant District Attorney Francis T. Chardo III who as honorable and noble shepherds of justice in Dauphin County did the right thing. Without them, justice would not have been served in this case. It shows a remarkable sense of ethics and morality that these two are already well known for. While no one can give him back the nearly 36 years of his life that he lost, at least Mr. Hugney has his freedom now,” said McShane. 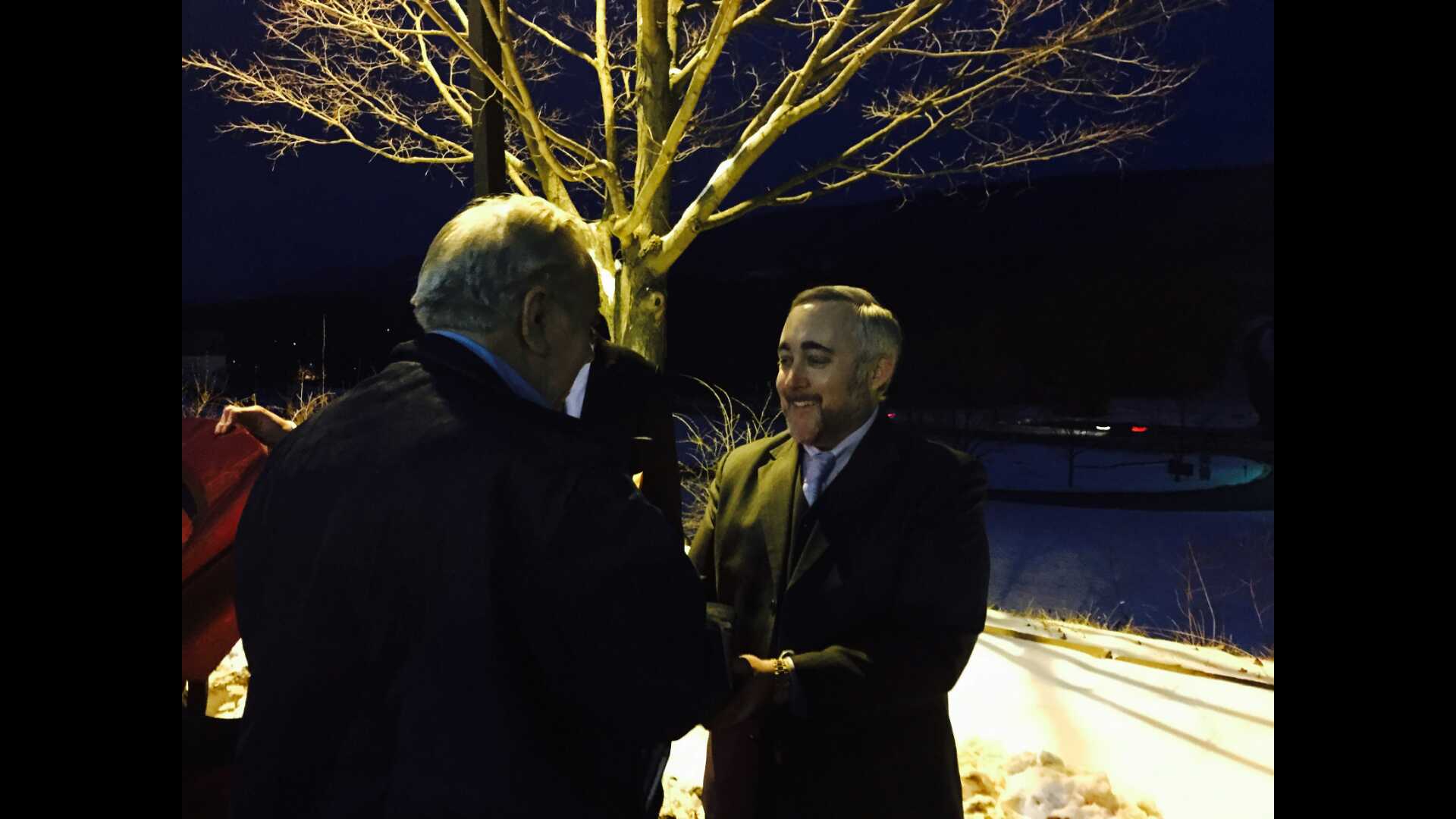 He went home with his family.

Justin J. McShane is a double board certified trial attorney. He is a Fellow with the American Institute of Chemists and has earned the American Chemical Society-Chemistry and the Law Division Lawyer-Scientist designation. He is the Chairman/CEO of The McShane Firm, LLC located in Harrisburg, PA. The McShane Firm is an 8-attorney law firm that focuses on criminal defense and forensic science related cases. He was aided in this case by Attorneys Theodore Tanski, Richard Roberts, Katherine McShane, all of The McShane Firm.

James Hugney, Sr. is nicknamed “Huggy” by family and friends. He is 72 years old. Before his conviction, he was a local businessman in Dauphin County, a taxpaying citizen, and a father of two boys. He even served on jury duty in Dauphin County in 1977. He received a commendation from then Chief of the Harrisburg Bureau of Police, Paul D. King, for his help in catching a purse snatcher. While incarcerated for nearly 36 years, he dedicated all of his time towards fundraising for Big Brother and Big Sisters raising tens of thousands of dollars. He became very actively involved in the Roman Catholic Church while in prison, and counseled many prisoners to find peace and religion while in jail. 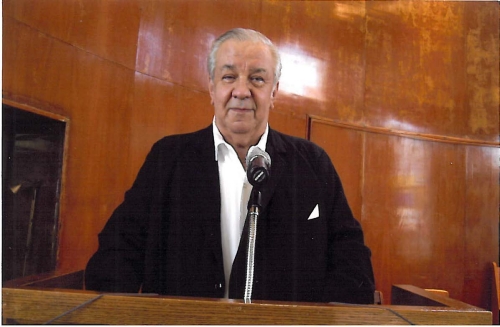 More about The McShane Firm: http://www.TheMcshaneFirm.com/

James Hugney Sr.’s case was covered in detail in a two-part series by ABC27 which can be seen at:http://freehugney.com/in-the-modern-news/