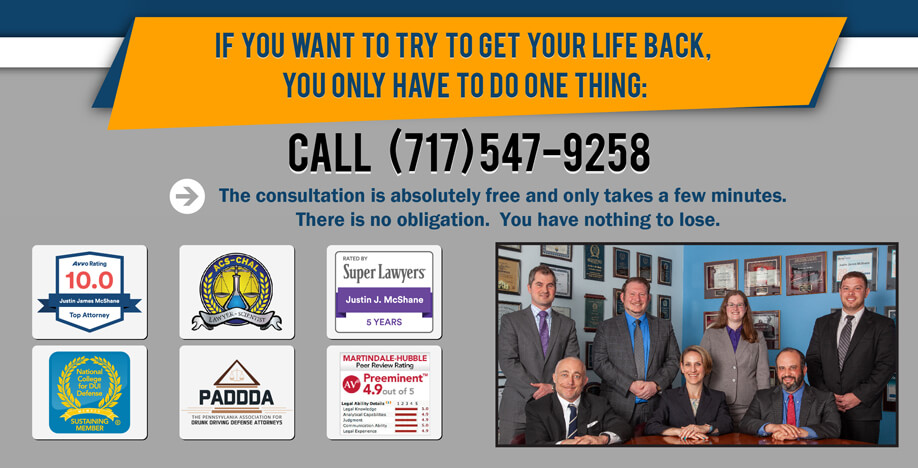 If you were arrested for a DUI in Pennsylvania and the police took your blood, there are some important issues you must be aware of.

Blood Testing Should Only be Handled by a Highly Qualified, Well-Educated and Highly Experienced Trial Attorney

It is thought that DUI blood testing evidence is much more difficult to challenge than breath testing. This is true if the DUI attorney does not know the science of blood testing. Those of us who examine DUI blood evidence every day know that the successful substantive scientific defense of DUI Blood based accusations is simple.

The truth is that the science is frequently on the side of the citizen among us who is accused of a crime. Blood testing involves an advanced understanding of chemistry, pharmacology, and the law. These cases should only be handled by experienced DUI attorneys who have specialized training in fighting blood test cases. Hiring the wrong attorney will get you no where. (Learn more about possible defenses to DUI blood tests.)

At The McShane Firm we take pride in being Pennylvania’s premier DUI law firm by training, by experience, and by results. Our attorneys are highly trained in DUI blood testing and related pharmacology. We regularly expose the limitations of these tests, the false conclusions that are offered, and/or the flat-out wrong science that can happen with these tests. We can and do make the science understandable and engaging to a judge and a jury so that they are prepared and inspired to make the right decision to return a not guilty verdict. In fact, litigation led by The McShane Firm was instrumental in ending the faulty testing that was being done in Lebanon County. We are constantly investigating crime laboratories not only in Pennsylvania but all across the United States. If there is bad or non-validated science. We will find it. 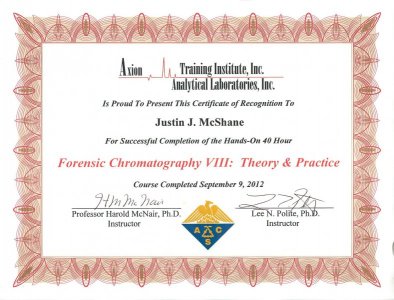 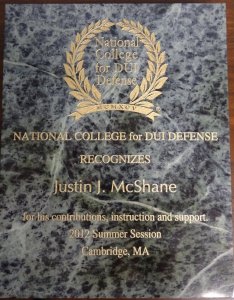 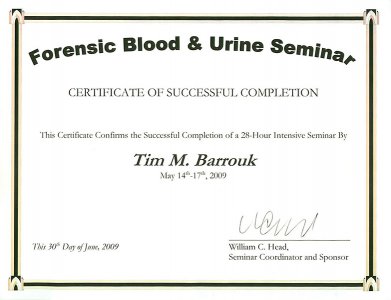 All of our attorneys have completed rigorous blood testing training and have the knowledge and experience to fight your case. Attorney McShane has lectured about DUI blood on numerous occasions in front of prestigious legal and scientific organizations such as the: 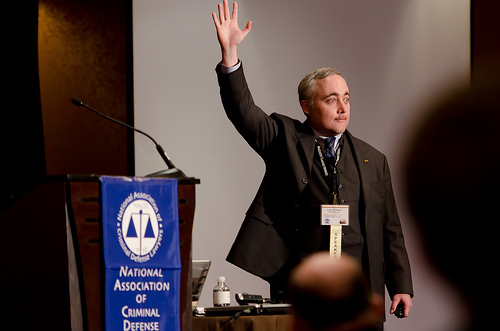 In fact, Attorney McShane has lectured for 36 organizations in 22 states and is widely considered by his peers as one of the foremost authorities in DUI blood testing and pharmacology. Dr. Robert Middleburg, PhD the laboratory director of NMS labs at the 2013 American Academy of Forensic Science meeting (where the nation’s top scientists gather every year) said when they were both lecturing to the scientists that “Attorney McShane knows a lot about all of this. He knows more than almost all bench analysts and many experts. I commend him.” (2/18/13) 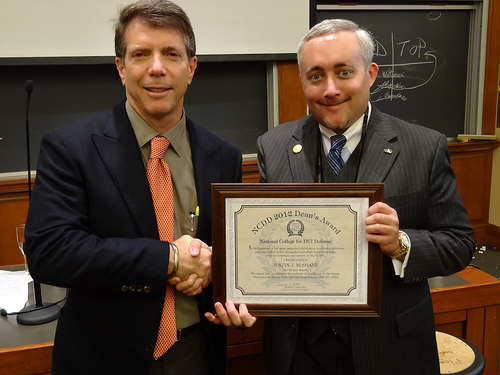 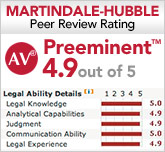 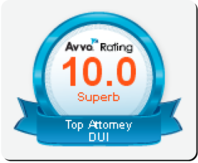 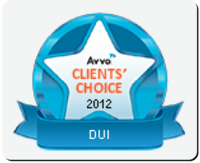 The McShane Firm has been at the forefront in many DUI blood cases in Pennsylvania including a number of successful appeals that have changed the DUI prosecution landscape. All of these cases have been victories for science and justice just within the last 6 months coming from the litigation at The McShane Firm. 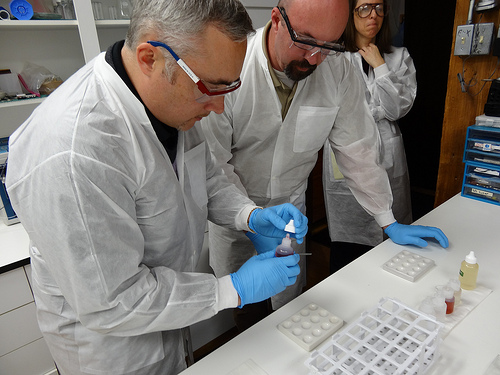 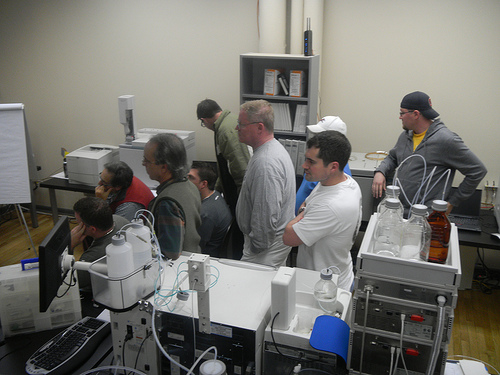 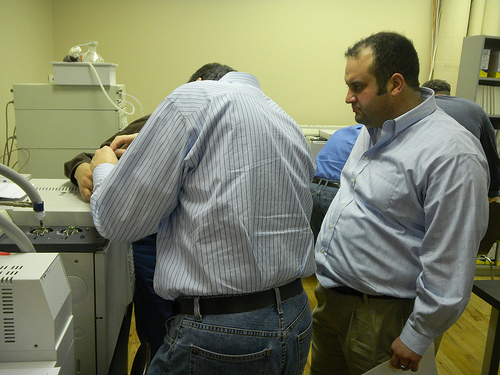 Lebanon County Blood Testing Ruling: A ruling signed by all four judges of the Court of Common Pleas in Lebanon County stated that the blood testing procedure used at Good Samaritan Hospital (GSH) was not acceptable to the court because it deviated from the in-structions set forth by the manufacturer of the equipment. In response, Lebanon County District Attorney announced that it would discontinue blood testing at GSH and instead send all blood samples to the state crime lab in Harrisburg for testing.

Bullcoming v New Mexico: Co-authored with Leonard Stamm, Esquire and Ron Moore, Esquire, the successful joint National College for DUI Defense, Inc. and National Association of Criminal Defense Lawyers’ amicus curiae brief to the Supreme Court of the United States in the case of Bull-coming v. New Mexico 09-10876. On June 23, 2011, the Supreme Court of the United States sided with Bullcoming and the amicus brief issuing a sweeping opinion that affirmed the arguments presented by Bullcoming and amici counsel creating “The Particular Witness Rule.”

Commonwealth v Schildt: On December 31, 2012, in a case litigated by The McShane Firm of Harrisburg, PA, Dauphin County Judge Lawrence F. Clark in the case of Commonwealth v Schildt ruled that the Intoxilyzer 5000EN breath machine is no longer considered reliable. This case was widely covered in the media. In response, Pennsylvania State Police has decided that it will only use blood testing for DUI cases.

Commonwealth v. Karns Mr. Karns was found guilty of DUI Highest Rate (BAC above .16%) by the trial court upon evidence from an enzymatic-based blood test that reported his BAC to be .189%. The Superior Court in a published opinion overturned this conviction finding that the method used by the laboratory was not forensically sound and not legally sufficient. The litigation of this case forced Bedford county authorities to switch testing methods to gas chromatography. Another “bad” blood testing lab that was doing “bad” science was shut down.

We are open. Call us now.
Your legal matter won’t wait for COVID-19.

The McShane Firm is open during our normal business hours of

We are committed to standing by you during these unprecedented and trying times. In the interests of protecting all of our clients and staff, we have implemented the following procedures:

If you have any questions at all, please call